On which day I was born? On which day Christopher Columbus discovered America? On which day started the World War II. With my weekday calculator you can calculate the day of the week for any year between 46AD and 3000 AD.

German Version of this article and program.

Enter you date of interest below and and click calculate: 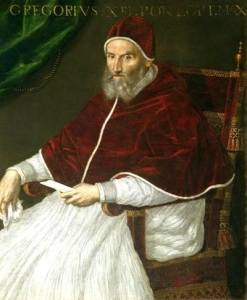 Before I wrote this program, I realized that similar programs on the net calculate incorrect weekdays for the period of the Julian calendar. I guess the programmers did not programmed the weekday formula by Carl Friedrich Gauss very well (may because of the exceptions). Anyway, since I just finished a program to calculate the moveable holidays for an arbitrary year, which depends on Easter sunday I decited to write a own program basing on the Easter formula by Carl Friedrich Gauss.
The basic and simple idea: 1. Calculate the difference of the desired date to Easter Sunday in days. 2. Divide the difference by 7. 3. If the remainder of the division is “0” the submitted day is a Sunday again. Is the rest 1 follows a Monday, is the rest 2 follows a Tuesday, etc.According, in case of negative differences, -1 a Saturday, -2 a Friday, etc.

Of course, I had to consider the different leap year rules of the Julian and Greorian calender. Checks with historical documents show that the calculations are correct. Please, take in mind that in some counties the Gregorian calender was settled much later. In England and the English colonies (USA) for example in the year 1752. For this countries the program deliver “wrong” weekdays for the period 1582 to 1752.